Will California Stick the Landing on Its Big Vision for Transportation and Climate? - TransitCenter Skip to Main Content

In this guest post, California native and veteran transit policy analyst Darnell Grisby examines the possibilities in his home state and maps out the political challenges that a successful campaign must navigate.

California may be on the verge of a breakthrough that makes it a national model for states to reduce greenhouse gas emissions from the transportation sector. In addition to phasing in mandates to boost the electric vehicle market, Governor Gavin Newsom has put forward a program to realign transportation infrastructure spending to meet climate goals.

Reorienting state spending in California to stop unnecessary increases in motor vehicle traffic and grow a more sustainable, socially equitable transportation system would be a monumental victory. But success is far from guaranteed. To chart a new path,
California must overcome inertia and resistance, muster substantial resources, and build political support for change.

California’s main initiative to reform state transportation spending priorities is known as the Climate Action Plan for Transportation Infrastructure (CAPTI). Acknowledging that 30 percent of the state’s passenger vehicles will still be gas-powered in 2045—the year the state aims to be carbon neutral—CAPTI seeks to meet climate targets through a fundamental shift in transportation investments and the incentives they create.

The strategy calls for reducing dependence on driving while generating economic expansion and advancing social and racial equity. In essence, it seeks to redefine the California Dream for a new generation – this time without the smog, sprawl, and segregation.

CAPTI would accomplish this by:

Up to $5 billion in annual funding to support CAPTI has been identified, with most of the potential on-going revenue coming from sources enacted within Senate Bill 1, the Road Repair and Accountability Act of 2017. At the time of its passage, SB 1 was projected to generate $54 billion over 10 years through gas taxes and vehicle fees. Securing the usage of this revenue for
CAPTI projects is shaping up as the primary objective to attain real benefits for climate, the economy, and equity.

SB 1 passed primarily along party lines. It was politically contentious and led to the recall of a state senator. Opponents of the gas tax increase did not stop there. They used California’s easy ballot measure access to push Proposition 6—a repeal of the gas tax increase. Though the repeal effort failed, it bruised the state’s political elite. Defending SB 1 cost campaign resources and weakened Democrats in more competitive districts.

Some veterans of the SB 1 battle do not endorse using the gas tax revenue on CAPTI’s priorities. They say proceeds from the tax are meant primarily for highways. (Though SB 1 does include some restrictions on use, other political players do not share this strict interpretation.) Their view is echoed by some jurisdictions where voters chose to increase local taxes to fund local highway
projects. Some of these communities view any shift in state priorities as potentially delaying or disrupting highway projects already approved by local voters. These views, plus the often counterintuitive nature of transportation policy (like the fact that adding highway lanes does not reduce congestion in the long run), created an uphill battle for advocates.

Most transportation advocacy organizations made public statements in support in CAPTI, but early in the campaign their primary message was that the CAPTI framework did not go far enough. This diluted third-party validation of CAPTI and made it more prone to attacks. Furthermore, most advocacy organizations that could have engaged in the space were under-resourced, since foundations have failed to consistently invest in transportation sector organizing, policy, and communications work.

So as the climate fight in California moved to the transportation sector, the groundwork was not in place to ensure victory. There were holes in messaging and strategy. For example, it became clear that common terms of the campaign, like “reducing vehicles miles traveled” or “road charge,” were viewed as punitive, while the phrase “just transition” registered as out-of-touch with the challenges facing working-class Californians. All of which could be addressed with a messaging effort that spoke more directly about how implementing the CAPTI framework would benefit people’s daily lives.

Take transportation and housing costs, for example. After decades of wealthy, job-rich coastal communities failing to build sufficient housing, many Californians were forced to “drive til they qualify” – pushing working-class residents, often people of color, to inland areas that are more auto-oriented and farther from job centers. CAPTI’s interventions would enable many workers to spend less time in traffic, live closer to existing job centers, and take care of routine errands without driving as often. The lack of consistent messaging from independent sources to promote these benefits left the CAPTI program politically vulnerable.

The failure to underscore the potential use of road pricing exclusions, despite ample documentation of how they would function, meant that construction workers who have to drive long distances for their livelihood were not brought in early. This proved particularly challenging, since one of the most influential organizations in the state is the building and construction trades union. In discussing the benefits for labor, it was common to tout a “just transition,” the idea that workers will not be left behind in the transition to climate-friendly policy. However, to some this term felt divorced from concrete strategies to protect workers who may experience significant disruption to their careers.

Furthermore, proponents failed to engage with the importance of road infrastructure to critical parts of the economy—such as logistics and tourism. Meanwhile, opponents of CAPTI spoke about jobs and economic growth, even though funding CAPTI would lead to widespread economic gains.

Learning from these early missteps is critical as the CAPTI process moves forward. The opportunity to enact major reforms remains on the table, if proponents persuade the 13-member California Transportation Commission (CTC) to devote recurring annual funds to CAPTI implementation.

In recent months, advocates under the umbrella of ClimatePlan have made CAPTI implementation a higher priority, and foundation support for the campaign is beginning to materialize. The campaign is in regular contact with the California State Transportation Agency about securing funds from the recently passed federal infrastructure bill for CAPTI. The revenue source with the greatest potential to fund CAPTI long-term, however, remains the SB 1 gas tax. And the CTC is the body that determines the guidelines that influence how those funds will be spent.

The CTC has passed a resolution supporting the theory and reasoning behind CAPTI and has started to incorporate elements of the framework into its programmatic guidelines. The key question is whether these guidelines will lead to a redistribution of $5 billion in annual state funding to CAPTI initiatives – or some lesser amount. If the commission takes the opportunity to enact CAPTI fully, California will have a shot at transforming its economy and improving quality of life for everyone, no matter how they get around. 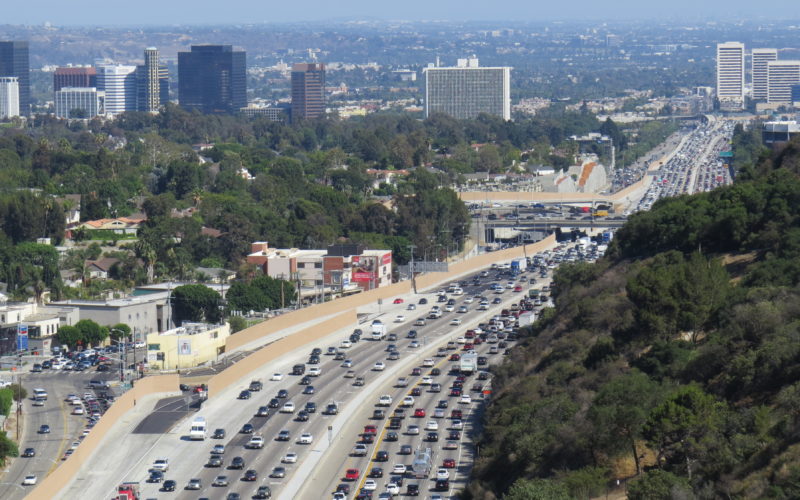 TransitCenter joins over 35 foundation leaders, environmentalists and civic activists in calling on philanthropy to increase its grant-making to advocates for public transit. New Video: To Tackle the Climate Crisis and Racial Inequity, We Need to Run a Lot More Transit Service

Our latest video illustrates how increasing the amount of transit service by 40% can dramatically expand access to good transit and bring many more jobs within reach of riders.