Transit service across America is sparse. Fewer than 10% of Americans currently live within walking distance of transit that comes every 15 minutes or less. As a result, the vast majority of people drive for every trip. That’s one reason transportation is the top source of greenhouse gas emissions in the U.S.

In order to fix this inequitable, carbon-spewing transportation system, we need to run a lot more transit service.

Our latest video illustrates how increasing the amount of service by 40% can dramatically expand access to good transit and bring many more jobs within reach of riders. Helping transit agencies run more service is a fast, affordable, achievable way for the Biden administration to use transportation policy to address the crises of climate change and racial injustice:

The most expedient way to ramp up service would be for the federal government to add to local funding for transit operations. Since the Reagan administration, however, the vast majority of federal transit funding has supported capital projects, not operations. That finally changed last year in response to the pandemic, with relief funding in the CARES Act providing a lifeline for agencies to keep buses and trains running.

Transit agencies will need more emergency relief to maintain service and prevent cuts during the recovery from COVID-19. But what if federal operating assistance continues once agencies are back on their feet?

We worked with Remix to visualize the potential impact on transit networks in a few American cities. (You can find the methodology here.)

In Atlanta, a 40% increase in service could dramatically expand the number of transit routes that arrive at least every 15 minutes, all day, every day. Atlanta’s frequent transit network after a 40% increase in service.

This increase would dramatically expand job access for Atlanta residents. For example, say Jane lives near the 74 and the 4 — infrequent bus routes in southeast Atlanta. Currently, she can only access 6,635 jobs in 30 minutes on transit: These transformative improvements to city transit networks would not break the bank. In fact, they would account for a small fraction of the multi-trillion-dollar federal infrastructure packages that legislators are currently entertaining.

For about $17 billion annually, every urban area of 100,000 or more residents could have as much transit service per capita as the Chicago region, according to the Urban Institute.

Here’s a look at how an investment of that scale could expand the frequent transit network in Denver: Denver’s frequent transit network after a 40% increase in service. 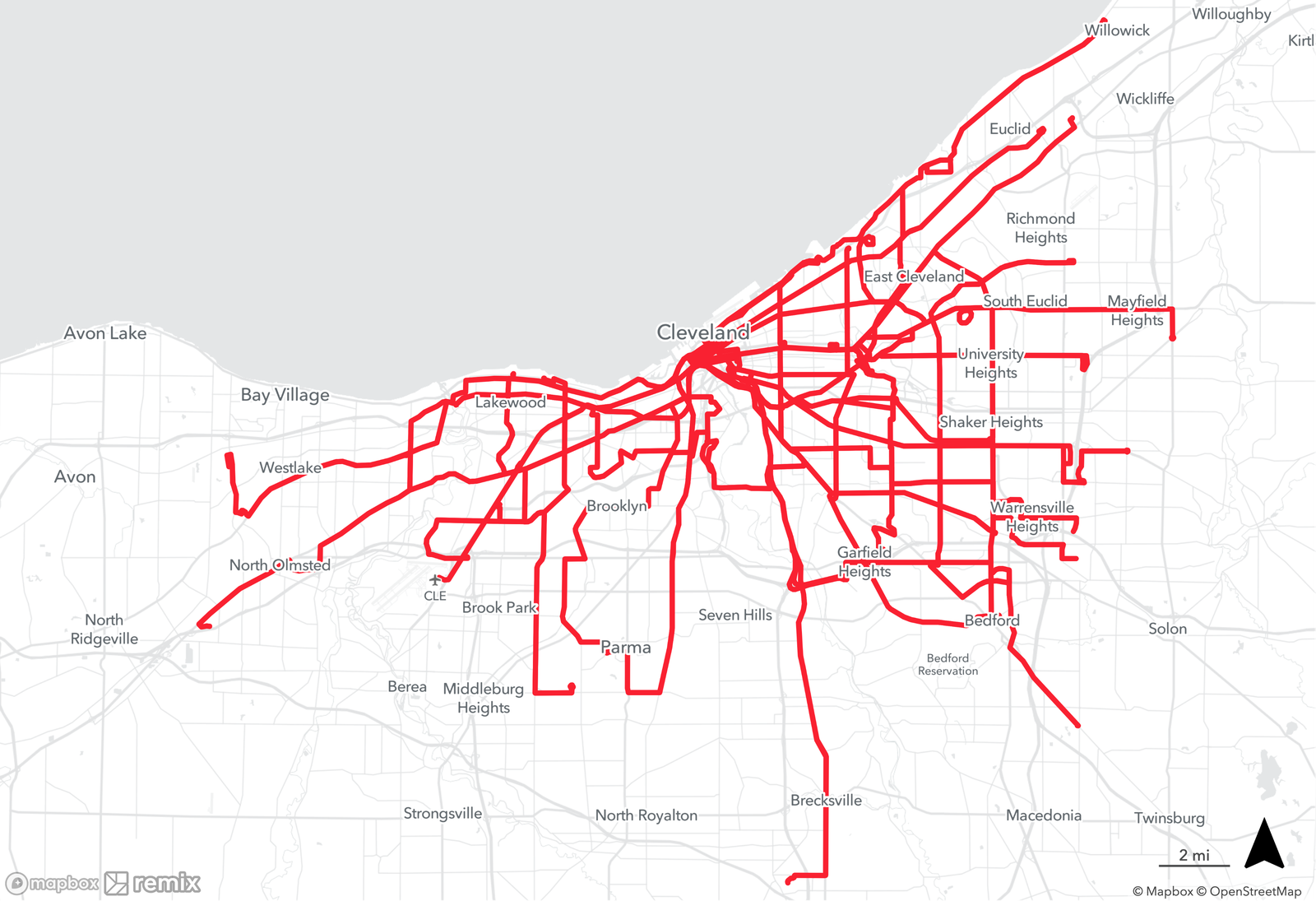 Cleveland’s frequent transit network after a 40% increase in service.

To put the majority of Americans within walking distance of frequent transit, promote equity, and decrease emissions from the transportation sector, we need a big federal investment in transit operations.