America’s bus stops are too close together.

In many cities you’re likely to see bus stops every other block — or even closer. Reducing the number of stops reduces the time buses spend decelerating, standing still, and accelerating, making it one of the most effective ways for transit agencies to speed up bus service. Through better bus stop spacing — also known as bus stop balancing or bus stop consolidation — agencies have improved bus speeds between 4 and 14 percent.

But bus stop balancing can get contentious. People tend to feel a sense of ownership over the bus stops they regularly use, and making changes to existing stop patterns can trigger opposition.

TransitCenter’s latest report, Bus Stop Balancing: A Campaign Guide for Agency Staff, takes a look at how eight transit agencies have gone about implementing better stop spacing. We found that agencies achieve the best results when they approach bus stop balancing not just as a planning exercise, but as a comprehensive campaign supported by top leaders and rolled out with a thorough, attentive communications strategy.

Many riders sense that the excessive number of bus stops slows them down, and agencies can use this data to win over skeptical elected officials.

Bus stop balancing flexes nearly every muscle in a transit agency. Before embarking on a campaign, agency leadership must fully commit the staff time and other resources necessary for success. In addition to making sound planning decisions about which stops to remove, the campaign will entail communication with bus riders and bus operators, outreach to elected officials, and coordination with local transportation departments to improve amenities at bus stops.

The report outlines a checklist for agencies before, during, and after the implementation of a bus stop balancing campaign.

One of the most important things transit agencies can do early on, for instance, is survey riders about removing bus stops. Many riders sense that the excessive number of bus stops slows them down, and agencies can use this data to win over skeptical elected officials. After 61 percent of riders told the SFMTA in live surveys that they would be willing to walk longer distances if buses moved faster, the agency released a plan in 2010 to remove 20 percent of stops on high ridership routes.

To determine which bus stops to remove, agencies must develop clear criteria, including but not limited to the usage of each stop. Cincinnati Metro assigned scores to all 4,000 of its stops. Those close to schools and community centers scored highly, as did stops accessible to people with disabilities and stops with seating, lighting, and shelters. Stops that scored low on the evaluation were more likely to be removed. A public communication plan that preempts rumors with prompt, direct information is also key. Bus stop balancing helps many riders get to their destinations faster, but some will have to walk farther to reach a stop. Transit agencies need to honestly communicate how bus stop balancing will change travel for everyone affected — both riders who’ll use different stops and riders who’ll experience faster travel times without a change in their routines.

Agencies like SFMTA have found success by publicly committing to a timeline to enact bus stop balancing across the entire bus network. If riders see that their bus stop is one of a small number being removed, they will feel singled out, and resistance can intensify. Systemwide bus stop balancing will convey that the changes are part of a larger improvement effort.

Agencies should also fund upgrades at stops that aren’t removed. Combining bus stop balancing with investments in sidewalks, crosswalks, shelters, benches, and real-time arrival information will tangibly enhance the rider experience and give the campaign better odds of political success.

Done in concert, these improvements will produce transit service that’s worth going slightly farther to access. 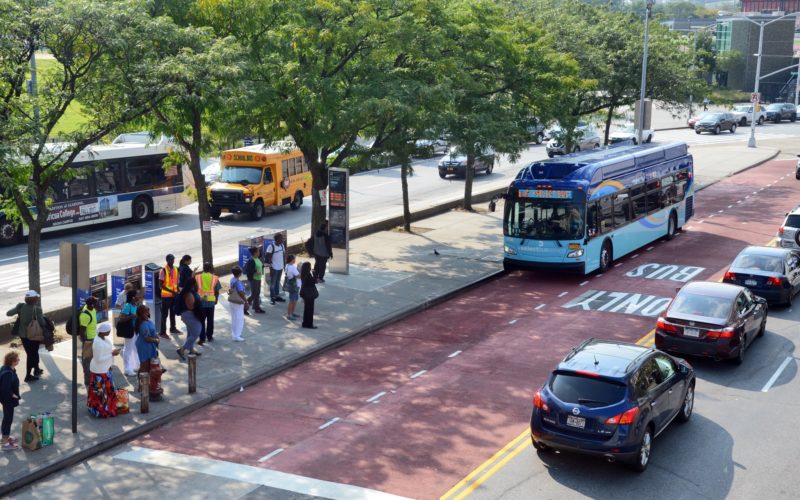