Derailed: How Nashville’s Ambitious Transit Plan Crashed at the Polls—And What Other Cities Can Learn From It

In May of 2018, “Let’s Move Nashville,” a referendum to direct billions toward rail and bus expansion throughout the city, was defeated by a 64-36 margin. Pundits pointed to the political scandals of Mayor Megan Barry, the referendum’s primary champion, as the primary reason for the loss at the polls. But the full story is not so simple. Our new report, “Derailed,” examines how the Nashville referendum was weakened by rushed, insular planning that produced a transportation package out of touch with the needs and desires of Nashville residents. Synthesized from more than 40 interviews with people involved in all aspects of the referendum, “Derailed” identifies key lessons for elected officials, agency leaders, and transit advocates seeking to bolster transit at the ballot box.
Publication: Derailed: How Nashville’s Ambitious Transit Plan Crashed at the Polls—And What Other Cities Can Learn From It In 2018, an ambitious plan to expand Nashville’s public transportation system crashed at the polls. The story of how the campaign came apart is relevant far beyond the Music City. Transit in Nashville faces challenges similar to those in other American cities, particularly across the Sunbelt. Nashville’s streets have been engineered and designed to prioritize cars at the expense of walking, biking, and transit. After decades of sprawling land-use development, population and job densities in many areas are too low to support high-quality transit.

A legacy of discrimination in housing and transportation policy has segregated the city’s neighborhoods. Public transit is chronically underfunded,
and the prospects for long-term financial resources from the State of Tennessee are slim. Transit referendums can be among cities’ most powerful tools to overcome these challenges. And while it is rarely easy to win a transit referendum, cities, counties, and regions across the country have
succeeded. Yours can, too—but you should take care to learn not only from those successes but from the setbacks.

Take Metro Nashville, a consolidated city-county government of nearly 700,000 residents, the capital of Tennessee, and one of the fastest-growing metro areas in the nation. With rapid growth and booming downtown tourism, “traffic” ascended to the top of residents’ list of concerns in 2017, edging out affordable housing and education. Yet the following year, proponents of public transportation lost a transit funding vote by large margins.

Nashvillians elected Megan Barry as the city’s first female mayor in late 2015. Barry made transit her administration’s highest priority, working with the Nashville Area Chamber of Commerce, state legislators, and others to enact legislation (the IMPROVE Act) that would allow Nashville and several other Tennessee cities and counties to run ballot measures proposing tax increases to fund public transit. Immediately after the IMPROVE Act’s passage in May 2017, the Barry administration conducted an internal four-month planning process to choose projects for a ballot measure. This planning process culminated in the launch of the Transit for Nashville coalition in September 2017—formed to support a referendum—and subsequent release of the Let’s Move Nashville plan in October. At this time Mayor Barry was overwhelmingly popular, and polling suggested that raising taxes to fund transit expansion had majority support in Metro Nashville. Parallel to the mayor’s planning process, the chamber of commerce laid the groundwork for the Transit for Nashville campaign, hiring consultants and signing off on the campaign’s overall strategy.

“With rapid growth and booming downtown tourism, “traffic” ascended to the top of residents’ list of concerns in 2017, edging out affordable housing and education.”

The campaign launched in a charged political atmosphere. Nashville’s rapid growth had bred resentment around many of the local dynamics that accompany growth––more expensive housing, widespread construction, slower traffic, significant in-migration. Meanwhile, the heightened national focus on issues of social and racial justice had changed local political dynamics in ways that Nashville leaders did not anticipate. Combined with declining transit ridership in Nashville and beyond, the ground was fertile for bad-faith critiques from conservative think tanks and so-called “experts.”

Mayor Barry was the public face of the Transit for Nashville campaign until she and one of her bodyguards came under scrutiny for the misuse of public funds in January 2018. The timing could not have been worse: the opposition campaign, NoTax4Tracks, launched almost simultaneously with a focus on eroding trust in the Let’s Move Nashville plan among African American voters and tax-skeptics. The mayor resigned less than six weeks later, jeopardizing the referendum’s chances of success and throwing the Transit for Nashville campaign into disarray.

On May 1, 2018, the Let’s Move Nashville transit funding referendum failed by the spectacular margin of 36 percent “for” to 64 “against.”

Signs did not point to such a lopsided defeat. When polled in the months leading up to the vote, more than 70 percent of Nashvillians claimed to support tax increases to fund transit. The “for” campaign out-fundraised the “against” campaign by roughly a factor of three, with more than a six-month head start. The political campaign, backed by the mayor’s office and the chamber of commerce, made data-driven decisions at each step of the process.

News coverage of the vote cited Mayor Barry’s resignation, an anonymously funded opposition campaign, and the get-out-the-vote effort by the local chapter of the Koch brothers–funded Americans for Prosperity. But a 64–36 margin is large enough to suggest that several other factors were at play.

There were three major missteps.

These factors combined to erode already fragile trust in government across the May 2018 electorate. Early strategic decisions by the mayor’s office merit particular scrutiny, because the consequences reverberated during the planning process and the political campaign. Decisions about whom to consult, which goals to strive for, and when and where to hold the election shaped the plan and the campaign’s ability to earn “yes” votes.

Most strategic oversights were rooted in one flawed assumption: the decision-makers in both groups thought they understood what Nashville’s communities wanted. While the mayor’s office trusted the nMotionrecommendations on light rail, the Let’s Move Nashville plan called for funding less than 20 percent of the bus service recommended by nMotion. Both the mayor’s office and the Transit for Nashville campaign based strategic decisions on voter modeling and polling, but often at the expense of allies’ and staff members’ subject-matter expertise. Planning and campaign team leaders were more out of touch with Nashville voters than they realized, in large part because they relied too heavily on engagement with “grasstops” leaders.

Sound transit planning sits at the intersection of political savvy, technical expertise, and a genuine understanding of what residents and transit riders need. Seeking such understanding can be hard work, but the success of future referendums depends on it.

This case study, Derailed, identifies key lessons for elected officials, agency leaders, and transit advocates drawn from Nashville’s experience. The material is synthesized from more than forty interviews with stakeholders across the spectrum of involvement in the Let’s Move Nashville planning process and referendum––including Mayor Barry’s planning team, the political campaign, coalition members, paid and volunteer advocates on both sides of the issue, journalists, and elected officials. Lessons for Crafting a Plan

With the best intentions, Mayor Barry and her planning team made several early strategic decisions in haste, potentially at great cost to the ultimate referendum results.

For starters, Mayor Barry’s planning effort was guided by a group of trusted advisors and appointed officials whose relatively homogeneous worldview was out of step with the priorities of Nashville voters. The plan they developed drew heavily from the Nashville MTA’s nMotion long-range plan, which recommended mainly investing in light rail. The Nashville MTA’s nMotion public engagement report found that current transit riders were the least likely to support this plan (preferring a greater emphasis on bus improvements), suggesting that this recommendation stood on shakier ground than the mayor and her advisors realized.

Mayor Barry wanted to move through the referendum process as quickly as possible, and the planning team wanted to carefully control the plan’s messaging and release following the long, drawn-out defeat of a previous Nashville transit project. For these reasons, the mayor’s staff conducted financing and engineering work behind closed doors. The absence of meaningful public engagement would go on to breed resentment and dampen support for the plan among would-be allies, opening the door for transit opponents to more credibly offer bad-faith critiques.

Build your plan on a foundation of inclusive, meaningful public outreach

Place equity at the heart of the transportation plan

“While the Barry administration as a whole was quite diverse, the team that designed the Let’s Move Nashville plan included no people of color with decision-making power.” 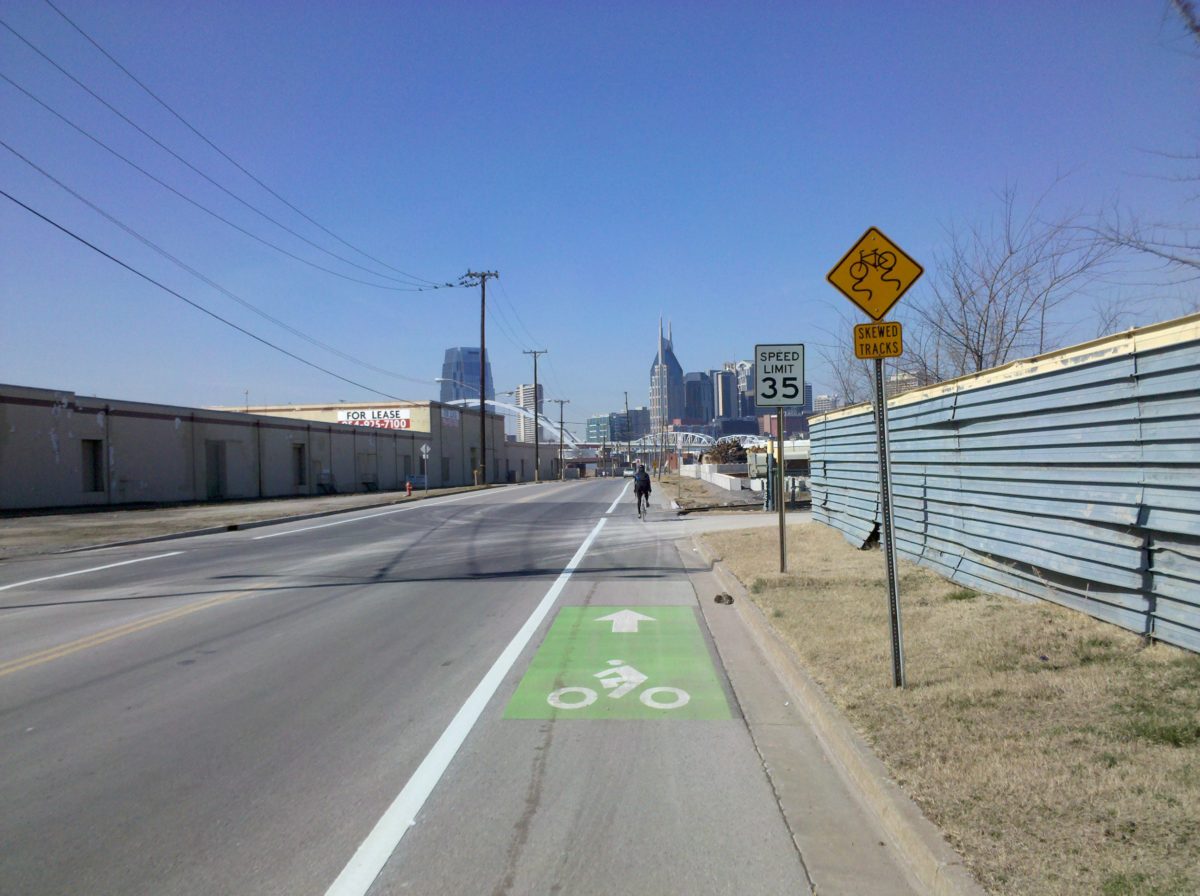 Lessons for Crafting a Campaign

The Nashville Area Chamber of Commerce played a critical role in the referendum organizing effort. The chamber maintained strong relationships with the mayor’s office, funded study trips to other cities with major transit investments, and conducted multiple studies to lay the groundwork for what would become the Let’s Move Nashville plan. The chamber led a successful fundraising effort, hired the campaign consultants who managed the Transit for Nashville political campaign on a day-to-day basis, founded the Transit for Nashvillecoalition, and drew 136 organizations into that coalition.

In retrospect, however, the chamber’s role in Transit for Nashville was too dominant––without more diverse perspectives in the decision-making process, the chamber’s organizational mission to represent the business community created blind spots that weakened the campaign. The chamber failed to create space for other groups to lead.

To develop and execute a successful campaign plan, civic leaders need to build strategic, flexible campaign structures that reflect the diversity of the voter base and work with community partners to deliver clear, consistent messages to voters.

Build strategic, flexible campaign structures that reflect the diversity of the voter base

Build a diverse bench of spokespeople 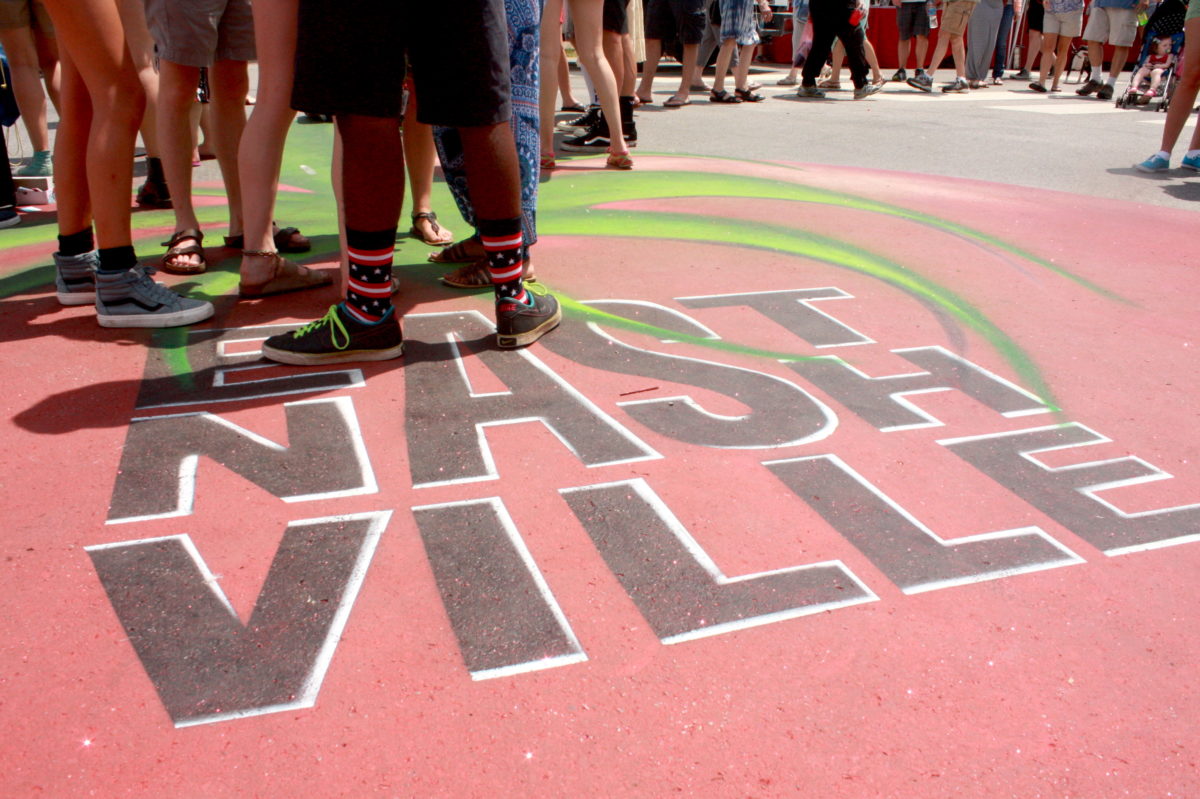 There is much to admire in Nashville’s effort––for a city of its size, the scale of transit ambition was extraordinary and would have transformed the city. The mayor’s leadership and vision were bold, and many of Nashville’s civic leaders poured heart and soul into a plan they believed in. Present and future Nashvillians would have benefited from more frequent service throughout the existing transit network and from high-capacity transit lines carrying tens of thousands of people every day.

The leaders who step up next to pursue dedicated, long-term transit funding in Nashville and beyond can take some comfort in knowing that failure in 2018 was not inevitable. While no transit referendum is easy, Let’s Move Nashville leaders made avoidable strategic mistakes that eroded public trust.

There is no silver bullet for building trust––but doing so will require the humility to recognize that community members hold unique expertise and insight into their own needs and challenges. Civic leaders must include, listen to, and empower residents––particularly those who come from low-income neighborhoods and communities of color, who have long been excluded from public planning and policy-making processes––to influence decisions that tangibly affect their lives.