As cities reopen and people make more trips on transit, evidence continues to mount that universal mask-wearing is fundamental to reducing COVID-19 transmission. To attain very high rates of mask usage, transit agencies will need to make it easy for riders to wear them. Portland’s TriMet and San Francisco’s BART provide an early look at how agencies are managing this shift.

BART has gone on a communications blitz to get the word out about the new requirements. There are signs posted in stations, electronic displays on the platforms, and audio announcements throughout the stations and on trains. The agency is also providing updates on its website and through social media posts. According to BART Police Chief Ed Alvarez, riders are adapting quickly to the change. “All in all, we’ve had an excellent response from our riders.”

The BART police have a supply of several hundred masks, and officers will give them out to riders who need them in the coming weeks. BART also tweeted that station agents in Downtown San Francisco have a limited number of extra masks to distribute, and that the agency is looking into setting up mask vending machines inside stations. However, the overwhelming majority of BART riders have been bringing their own, says Alvarez.

In Portland, TriMet began requiring masks in its system on May 20, a policy which emerged out of the transit subcommittee of Governor Kate Brown’s reopening task force. TriMet has over a million paper masks on hand, paid for primarily through the agency’s general fund. The agency’s maintenance team has installed temporary mask dispensers in all 700 buses and 145 light rail vehicles, and will eventually be replacing them with permanent metal ones. TriMet is still encouraging riders to bring their own masks, because they will likely interact with other people on their way to transit, said spokesperson Roberta Altstadt.

TriMet has gotten the word out about the mask rule primarily through its large social media following, its Riders Club email subscription service, and through its text and email service alert channels. TriMet has also positioned its street customer service agents at major stops and stations to inform people about the requirements and supply face coverings to riders who need one. Riders and transit vehicle operators have welcomed the new requirements, said Altstadt. “They do see that this is the next step to a temporary normal until there is a vaccine.”

A key difference between TriMet and BART is the method of enforcement. On BART, mask enforcement is largely being conducted by transit police, while TriMet is taking an “inform and supply” approach rather than policing.

On BART, failure to wear a face covering is a misdemeanor that will result in a fine. BART police are being instructed to give verbal reminders to riders who aren’t wearing face coverings. If riders then refuse to cover, the officer will issue a citation and ask the rider to leave the system. The goal isn’t to be punitive, says Alvarez, it’s to “get compliance and not have to use the citation.” He says riders have overwhelmingly obliged. “We’ve only had to cite two people for not complying, and that was after multiple requests and they still did not want to wear a face covering.”

But the BART police department has a history of disproportionately citing black riders, and there are questions about whether bias will affect its efforts on mask compliance. Alvarez says his department will make public the racial breakdown of the citations it gives out, which would quickly reveal a pattern of bias.

BART has also enlisted its unarmed ambassadors in the mask-wearing effort. The 10 ambassadors were hired in February to patrol the transit system, help resolve disputes, and provide a non-threatening presence to riders. The ambassadors receive training in conflict resolution and avoiding bias, don’t carry weapons, and don’t have the power to arrest people. “The ambassadors are playing a very integral part of [mask enforcement] by being visible on our trains and on our platforms and reminding those that don’t want to comply with the ordinance that they are required to oblige to the ordinance and cover their face,” says Alvarez.

In Portland, TriMet won’t be giving out citations for failing to wear a mask. The agency’s “inform and supply” strategy was shaped by awareness that enforcement often targets communities of color, who are already suffering disproportionately from the effects of COVID-19. “Here in the Portland metropolitan area, COVID has had a higher impact on communities of color and lower income communities,” says Altstadt. “On TriMet, if somebody boards without a mask, operators can say, ‘Masks are required. We have one right here for you.’”

BART has determined that face coverings will continue to be required on the transit system even if local counties lift their rules. “We strongly feel it is an important part of regaining confidence in transit,” says BART Communications Director Alicia Trost. “It also helps give assurance to our frontline employees that those they come in contact with will have a face covering.”

TriMet’s Altstadt says that mask requirements, along with an agency commitment to disinfecting touch points and promoting good hand washing hygiene, will be key to getting riders to feel safe again on transit. She says it is incumbent on transit agencies to communicate that they are doing everything they can to protect riders. “We understand that some people may be hesitant right now to ride. But we just want you to know that we’re going to be here for you when you are feeling comfortable and we’ll welcome you back on board.” 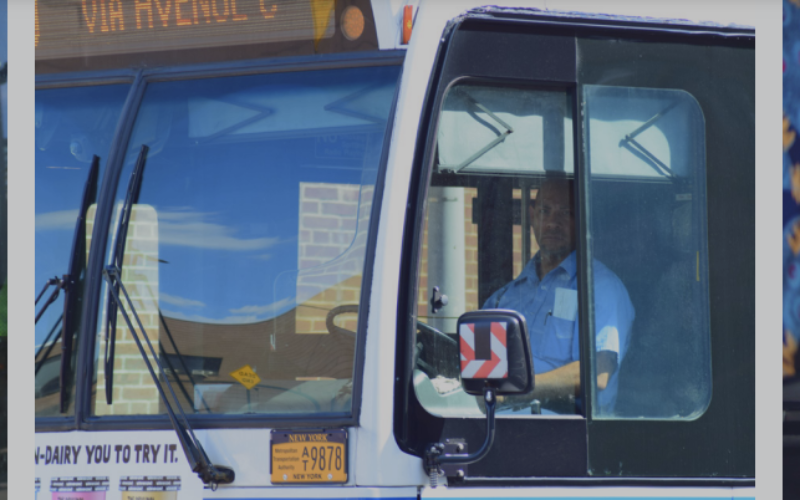