In a new report, the Bus Turnaround Coalition calls on Governor Andrew Cuomo and Mayor Bill de Blasio to advance an equitable recovery from the COVID-19 crisis in New York City by making bus improvements a top priority.

“Fast Bus, Fair Recovery“ issues five recommendations for the MTA and NYC DOT to make bus service faster and safer as New York comes back from the COVID-19 crisis.

During the COVID-19 emergency, transit moved hundreds of thousands of essential workers to their jobs and kept New York functioning. People of color — especially Black people — account for a disproportionate share of these workers.

The bus system has also retained more of its pre-pandemic ridership (nearly 50%, according to the MTA), than the subways (about 18%). In other large transit cities, this trend has extended into the recovery period as riders express a preference for less enclosed travel.

But as New York enters Phase 2 of its reopening, the return of traffic congestion threatens to overwhelm the bus system. And if riders come back to slow, unreliable bus service as the city reopens, New York’s recovery will sputter. People who have the option to drive will abandon the bus and jam the streets, while the essential workers who ride the bus and got the city through the worst of the pandemic will be saddled with appallingly bad service.

The tools to avoid this scenario are no secret: Faster boarding procedures, on-street busways and bus lanes, and service changes that respond to shifting ridership patterns. Better bus service is also safer bus service — when buses are fast and reliable, the capacity of the system increases and riders can spread out more on board.

The Bus Turnaround Coalition presents five recommendations for the MTA and NYC DOT to follow through on the urgency of this moment. This is an agenda both for New Yorkers who relied on transit throughout the pandemic, and New Yorkers who return to transit as the city reopens. Governor Cuomo and Mayor de Blasio must direct the MTA and NYC DOT to adopt these measures and make the bus system an effective travel option.

The full report is available at busturnaround.nyc.

Since 2016, the Bus Turnaround Coalition, composed of the Riders Alliance, Straphangers Campaign, TransitCenter, and Tri-State Transportation Campaign, has worked to improve local bus service for more than two million daily riders throughout the five boroughs. 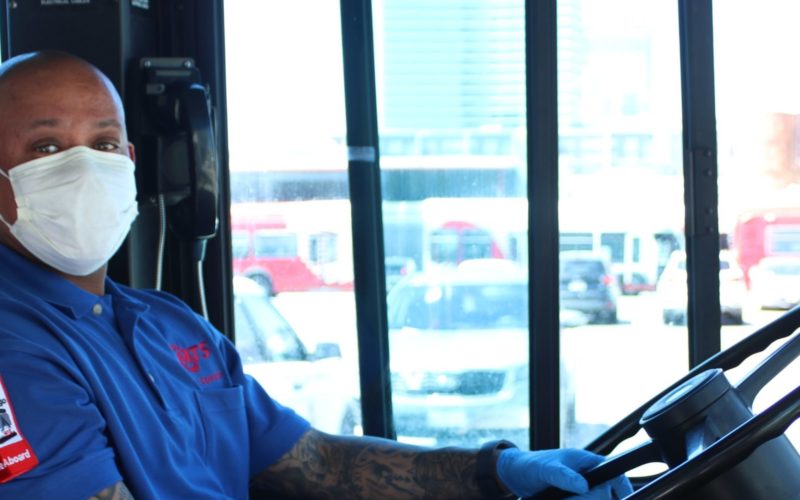