While Congress is consumed with the latest debate over extending the federal transportation policy, progress to make our cities’ streets more livable and user-friendly continues apace at the local level. In just the first six months of this year, we’ve heard about the race to build the first physically protected bike lanes in Pittsburgh and Denver, the reinvention of the bus network in Houston, the new streetcar sparking new mixed-use downtown development in Tucson, and parklets and public plazas in smaller cities such as Lansing, MI and Easton, PA. More and more communities across the country are continuing efforts to usher in improvements to their local transportation and enhance their cities’ livability. They are finding ways of advancing a change agenda that bends the arc towards more urban space for people, rather than for private vehicles.

So who are the people leading the charge? And what did they do to make those changes, especially in urban transportation? As our new report “A People’s History of Recent Urban Transportation Innovation”, funded by the Knight Foundation, explains, the short answer is that it takes leaders from three different sectors of urban society to make change happen quickly.

First, there needs to be robust civic vanguard, the more diverse their range of skills and participation, the better. These people such as Bike Pittsburgh, Sustain Charlotte and, Transportation Alternatives in New York City, are outside of government, non-elite, and are best able to make demands on government, demonstrate the benefits 0f change, and usher in public support to backstop any negatives for the politicians that pursue risky change.

Second, mayors, commissioners, and other city leaders create the mandate and champion the change. By doing so, they empower their staff to take charge. City leaders play the critical role of unifiers, framing a transportation agenda in ways that will make it appealing to their broad constituent base (as was the case in New York City under the leadership of Mayor Michael Bloomberg and Transportation Commissioner Janette Sadik-Khan, or in Chicago under Mayor Rahm Emanuel and Transportation Commissioner Gabe Klein). They must also be cheerleaders for their own proposals, and play the sometimes difficult role of mitigating any discomfort that the change may bring about, by focusing attention on the soon-to-emerge benefits, as Mayor Bill Peduto does today in Pittsburgh. (Hence the importance of the civic sector to support these leaders).

The third sector is the agency staff. Often unsung heroes, these folks, once empowered by city leaders to pursue change, have to navigate longstanding bureaucratic practices and find new ways of getting things done. In the beginning, they’re often tasked with coming up with new solutions, and need to innovate within existing structures. Sometimes the agency’s work is boosted by new staffers who bring new experiences from outside government, as Jon Orcutt did in New York City. Other times, new design standards, such as those published by the National Association of City Transportation Officials, can facilitate the adoption of new practices.

When these three sectors align, relatively quick transformation is possible. As outlined in the report, several cities, including New York, Chicago, Pittsburgh, Denver, and Charlotte, recently experienced this very alignment of a healthy civic community, a visionary and bold mayor and transportation head, and internal agency champions. The story of Portland, also included in our report as a poster child for sustainable transportation, taught us how change can stick. Its moment of alignment among all three sectors and its transformation came about in the early 1970s, yet it continued on a transportation path that diverged from most other cities across the country throughout the 1980s until today. It dismantled highways and experimented with downtown mixed-use development while the rest of the country moved toward more monolithic, strip mall, auto-dependent practices. Portland was significantly aided by state-level policies that guided its local planning activities. Thus we learned that cities where state policies reinforced sustainable transportation goals and alignment – Oregon in the 1970s or more recently, Pennsylvania with its regional planning grants and policies – experienced much more durable change regardless of the elected officials in power.

Above all, looking across all the cities detailed in our study and the many thousands more cities that have potential to change, the main lesson to be gleaned is that the biggest catalyst for change is local people advocating for change. This may seem obvious, but the transportation field can be consumed by big data, technology, or funding. The discussions tend to be wonky, with a focus on financing and other abstract mechanisms, a legacy that stems from longstanding top-down, federal approaches, which further diminishes local efforts. Our study is intended to steel the will of those who share our vision for better cities and reinforce the understanding that without people bending the arc, such change would never come about at all. 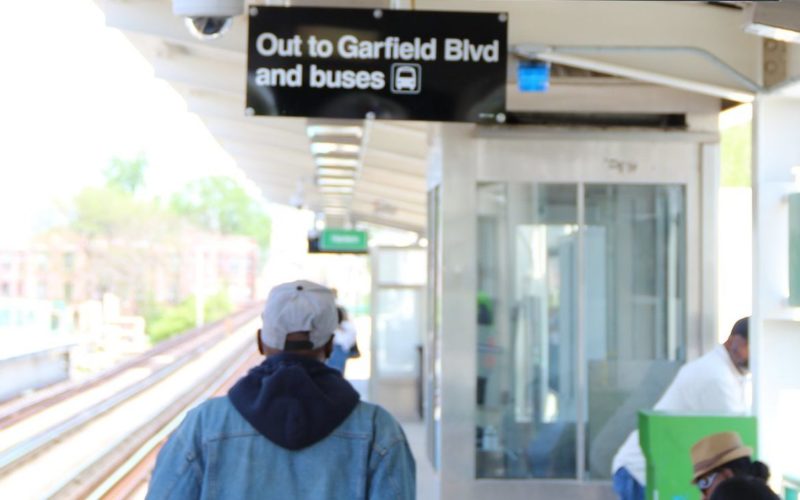