This post is the first in a two-part series about the future of the American Public Transportation Association.

In the letter announcing the agency’s decision first made public on The Connection, MTA President Tom Prendergast implied that transit agencies in other large cities shared these sentiments. Prendergast described the agency’s “collective dissatisfaction with various aspects of APTA,” including the organization’s governance structure, its excessive membership dues, and Melaniphy’s annual compensation of nearly $900,000.

APTA’s board announced it would immediately begin a search for Melaniphy’s successor. The vacancy at the top of the organization is an opportunity for APTA to move decisively in a new strategic direction. The community of transit providers and transit riders deserves an industry association that is bold, honest, and, occasionally, controversial.

Advocate for what transit can be, rather than defend what it is

Melaniphy’s resignation comes at a time of rapid change in the transit world. Agencies in mature cities must repair antiquated rail infrastructure to accommodate more riders (or, in a couple of cases, to stanch the flow of people abandoning transit). High-growth cities in the south and the west are expanding transit both in the suburbs and in downtowns. Across the country, agencies are making or planning to make their bus networks more efficient by redesigning routes to serve more people more often.

Yet despite these improvements, there is also substantial uncertainty about transit’s future. As The Connection previously noted, U.S. transit ridership still lurks about two percent below its pre-recession mark if the MTA is excluded from the data. Bus ridership has declined in many large cities, likely due to recession-era cuts in service that agencies have not restored.

APTA must embrace this uncertainty as an organizational challenge. The case for transit is stronger than ever, between the need to combat climate change through our transportation habits, the decline in driver’s license possession among young people, increased scrutiny of highway-building, and the prominence of socioeconomic inequality as a political issue. Transit’s main advocacy group must not limit its leadership to agency heads and manufacturers, but also include advocates with expertise in poverty reduction, urban planning, and housing.

Public transportation achieves its full potential only when planned in conjunction with all of these other issues. We deserve an APTA that believes in and follows through on this vision of transit’s huge potential.

Recognize that the action is in city halls and state capitals, not on Capitol Hill

The federal role in transit is arguably at a nadir not seen since the start of the era of publicly run transit systems. On transportation issues these days Congress tends to punt, as earmarks—once the big incentive for elected officials to act—are now banned from consideration. Even when federal politicians gather the wherewithal to pass new transportation laws, they are mostly rehashes of existing legislation.

The U.S. Department of Transportation has managed some relatively successful programs around the edges, such as TIGER, which has funded some questionable projects but has at least encouraged multimodal thinking and introduced an element of merit-based competition. By and large, though, Washington is not where the action is happening.

Instead, APTA should identify and exploit key local debates on transit policy where its influence could be far more significant than on Capitol Hill. An effective APTA would help members deploy proven strategies for transit advocacy, management, funding, and operations. Land-use decisions also influence the success of transit as much as the quality of the service itself, and APTA shares responsibility for ensuring its members are effective advocates against auto-centric development policies. A record of success at the local level, far more than whatever now constitutes a “win” in Washington, would benefit the entire transit industry.

Fight for good transit, not any transit

It’s hard for a membership-based organization to tell any of its members that they have an ugly baby. But let’s face it: some transit agencies propose (and build) projects that are functionally useless, bad value for money, or just inherently flawed.

Even the most die-hard transit advocates joke about favorite failed projects. But the principal long-term effect of these poor investments is to give all of transit a bad name and make it harder for good projects to succeed at the ballot box and at the farebox.

State and federal leaders often hesitate to criticize local transit boondoggles for fear of jeopardizing a ribbon-cutting. That’s why APTA is in a uniquely powerful position to educate local officials about transit planning from the ground up, encouraging them to ask what ends they seek to achieve with transit rather than what a particular project should look like.

APTA can also afford to be selective in choosing which of its members’ work to promote. Transit systems turning around ridership declines (as at METRO Houston, which, to APTA’s credit, won the organization’s Outstanding Transit System Award) deserve far more recognition than new projects that are flashy but end up carrying few riders.

Break the unholy alliance with the highway lobby

Once upon a time, transit advocates had to beg roadbuilders for a few crumbs from Congress off of the Highway Trust Fund banquet table. Today, though, a highway program supposedly funded by “user fees” cannot even pay for itself. Public opposition to eminently unnecessary highway projects is growing, and even those outside the advocacy world now understand that supporting both highways and transit only works against the latter by perpetuating dependence on the former.

The transit industry should fight not merely for its traditional slice of the pie, but for a larger portion of transportation funding at the expense of highways. This is not to say friendships shouldn’t be forged, just that APTA should choose its friends more wisely. Biking and walking advocacy groups, who request a small sliver of federal funding yet suffer the perpetual denigration of right-wing politicians, would benefit far more from APTA’s advocacy than asphalt salesmen currently do.

Congress is led by self-styled fiscal hawks, and Secretary of Transportation Anthony Foxx has criticized infrastructure that “separates people and neighborhoods from opportunity.” APTA ought to be outspoken about the continued proliferation of dozens, perhaps even hundreds, of federally funded highway projects that are imprudent investments, barriers to urban mobility, or both. 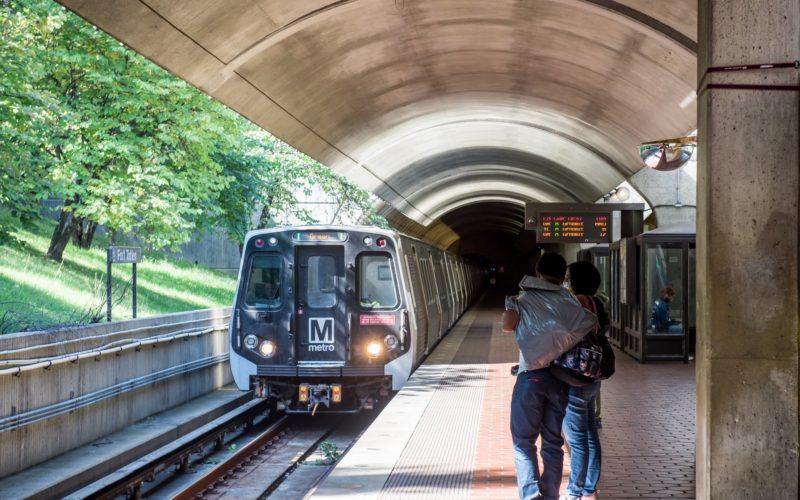