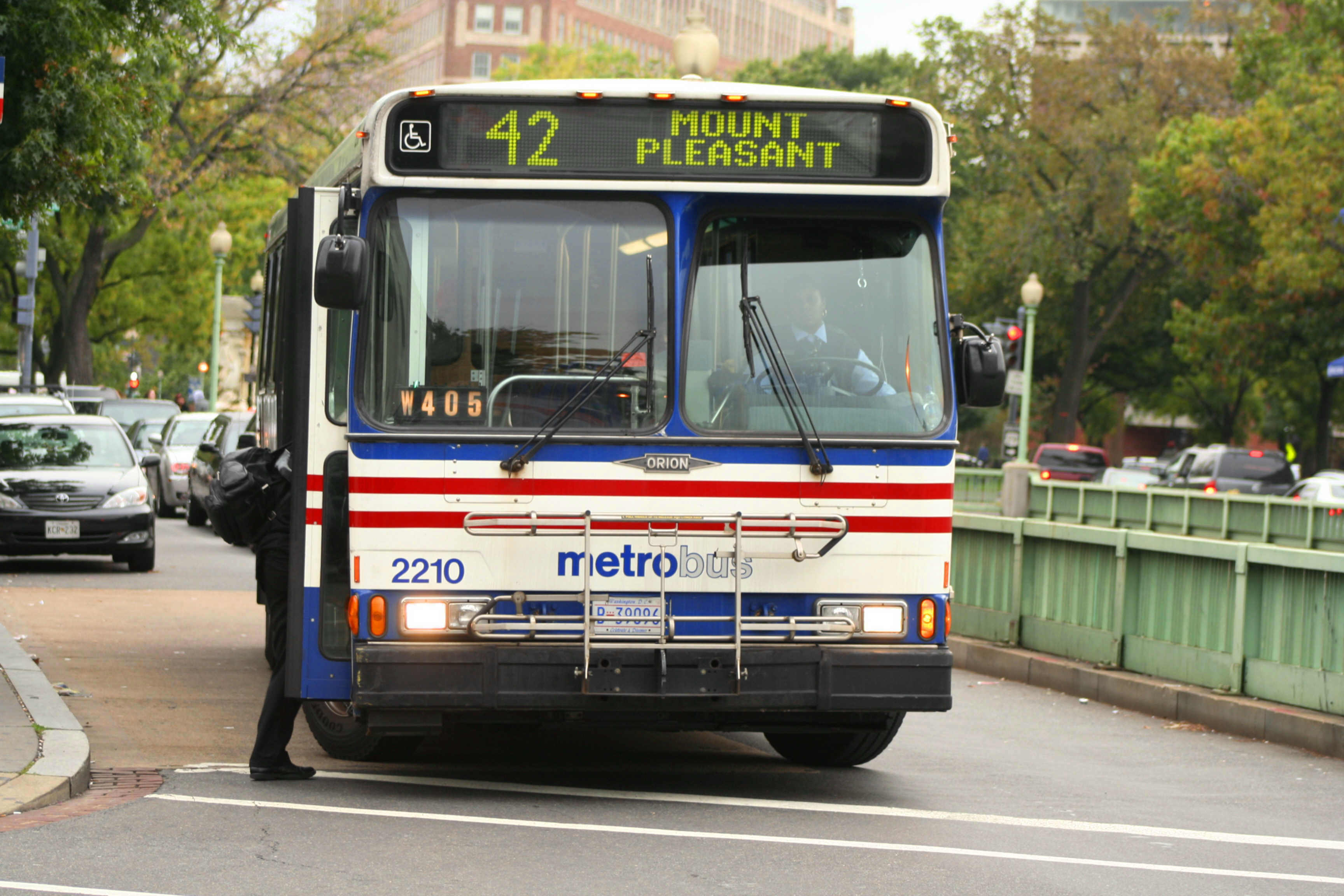 Over the past weekend and all this week, transportation professionals from around the world gather in Washington, DC for the annual Transportation Research Board meeting as well as Transportation Camp. They’ll be face-to-face with a rail system that is the second-busiest in the country, but now offers a second-class experience.  Indeed, this past weekend, Metro replaced the Orange/Blue line to Rosslyn with buses and most operating rail lines were scheduled with 20-minute headways.

Troublingly, it’s not clear whether the region’s politicians are willing to do more than manage the decline, and they appear to be overlooking a pragmatic opportunity to improve life for DC commuters while the rail crisis endures: Fixing MetroBus.

Metro’s rail system, which is hemorrhaging riders but still carries almost 900,000 people a day, has been in freefall as a series of crashes and other incidents reveal deferred maintenance needs and a rotten safety culture. Riders have endured deadly fires and emergency system shutdowns. It’s not just a few high-profile incidents: Between mid-2014 and mid-2016, rail on-time performance dropped from 91% to 80%. Stepping into the breach for the past year has been General Manager Paul Wiedefeld, who has ordered “SafeTrack” repair blitzes as well as worked to root out mismanagement within the agency.

The latest dose of medicine Wiedefeld has gotten the region to swallow is a serious reduction in Metrorail’s operating hours. On December 15, the agency’s board voted to end weekday rail service at 11:30 pm rather than midnight. Sunday service will run between 8 am and 11 pm. When the new schedule takes effect in July, Metrorail service will operate 127 hours a week, which gives maintenance workers more time to work on the tracks, but leaves DC riders with fewer hours than their counterparts in Chicago, Boston, DC, Philadelphia, and Miami.

This might be necessary to return the system to good repair, but in the meantime is likely to cause further declines in customer satisfaction (which has gone from 80% in early 2014 to 66% in mid-2016) and rail ridership (which fell by 9% in WMATA’s 2016 fiscal year, compared to the prior year). This has the potential to initiate a death spiral for the system.

The ongoing crisis at Metrorail makes it all the more puzzling that so little has been done by local governments to prioritize Metrobus, which also lost riders in 2016. As in some other large cities, bus speeds in the District have steadily slowed in recent years. Faster, more reliable buses in the core of the District could serve as a credible alternative or backup to Metrorail. Talking with WAMU’s Martin Di Caro last month, TransitCenter’s Steven Higashide argued that “SafeTrack is often portrayed as a ‘repair surge’, but perhaps what the District actually needs is a surge in personnel working specifically on bus projects.”

In fact, three years ago, the District Department of Transportation recommended creating 25 miles of transit-only lanes. Some would add better options for getting in and out of downtown; others would address pinch points in the bus network, like stretches of H, I, and K Streets north of the White House. So far, the city has achieved merely one percent of its goal, painting four blocks of bus lanes on Georgia Avenue. Another sorely needed bus lane project is in the works on 16th Street – but may not open for four years. Outside of DC, Arlington and Alexandria have collaborated to open Metroway, which combines a dedicated busway with peak-hour bus lanes. But what’s happened region-wide adds up to a slow drip of one-off projects when what’s needed is action at a network scale.

Applying wide-scale but fast-moving techniques to improve MetroBus could give WMATA a much-needed win and jumpstart the process of restoring rider confidence. However, this requires city officials who are willing to prioritize moving buses on city streets. In the nation’s capital, Metro’s new management has been making hard choice after hard choice in an attempt to rescue the region’s rail network. Who’s going to display courage when it comes to fixing the bus?